Review: Along Came the Devil II 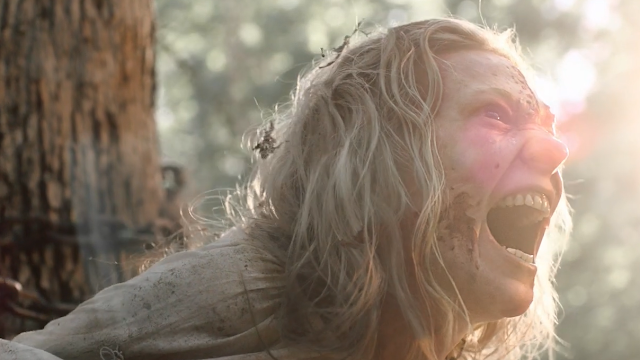 So how does one watch a sequel to a movie he's never seen?

This is the question I asked heading into Along Came the Devil II, as I haven't watched Along Came the Devil, and nothing I'd read about it makes me want to. But I had an interview lined up with the sequel's lovely star, Laura Slade Wiggins, and wanted to do my due diligence prior to our conversation.

So I read some Cliff's Notes on the first one, pushed play on the screener, and was pleasantly surprised... at least for the most part. Things start with a bang, slow down for about 30 to 35 minutes, and then deliver all the goods in the final act. So solid first act, great last act, and a slow middle.

The film is aided by the great Bruce Davison, who can act his way around anything. He plays a troubled priest left over from the first movie, who's faced the Devil and believes that evil force has returned. Kudos as well to Ms. Slade Wiggins. She does some solid scream-queen work here, and is a strong female lead, keeping the SQ tradition alive.

Writer/director Jason DeVan might not offer anything new, but his film looks great and moves at a pretty fast clip. And he can stage a scare. The man's studied the genre, and knows what we're here for. Next time, there needs to be boobies though, Jason. Just FYI.

I'm going to give Along Came the Devil II a Good. I'd of liked a slightly faster paced middle act, but this was still a slick, creepy and well-made movie. Shawn concurs, and gives it a Good as well.