Top 5 movies to watch for this fall 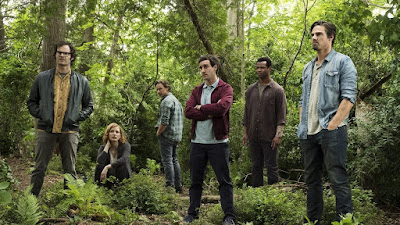 Summer is almost over. The big releases are all but behind us. That means it's time to cast our eyes to what's hitting theatres as we charge into the Christmas season, and Star Wars: The Rise of Skywalker.

Submitted for your approval are the Top 5 movies we think are worth checking out this fall. Enjoy, or don't. Your call, bitches!

Kind of a no-brainer. Who isn't excited for the second half of this Stephen King adaptation, featuring The Losers Club as adults, locked in battle with Pennywise the Dancing Clown. The presence of Jessica Chastain, Bill Hader and James McAvoy is icing on the cake.

The final chapter in the John Rambo saga? Likely. The last movie was action gold, and writer/star Sylvester Stallone promises an equally violent and bloody conclusion. We couldn't be happier, even if he looks kinda like the Marlboro Man.

I acknowledge three films on this list are sequels, but fuck it -- they look awesome! And we have much love for the 2009 cult classic, so we're stoked for the follow up. The original cast is back, and things look just as much fun the second time around. Bring it on!

No one was does disaster/spectacle quite like Roland Emmerich. So to have him tackle the real-life battle of Midway... it'll either be cinematic bliss or too much American patriotism... or both. Either way, we're gonna check it out.

The Last Jedi's haters forget what a talented writer/director Rian Johnson is. That's why we're excited for his spin on the whodunit. The trailer looks quirky and funny, and who doesn't love a movie with a cast that includes Jamie Lee Curtis, Daniel Craig, and Chris Evans?