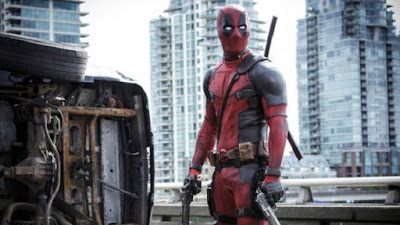 It's been five years since test footage for a Deadpool movie leaked online, a move that was met with such fan enthusiasm that 20th Century Fox went and greenlit an R-rated adaptation of the character.

The rest, as they say, is history.

Deadpool and Deadpool 2 were massive hits despite not being family friendly. This begs the question of what will happen to future Deadpool movies now that Fox is owned by Disney, which is all about family friendly.

Today Deadpool himself, Ryan Reynolds, posted what could be a hint at things to come on Instagram; a Sherlockian crime board that tries to unravel who leaked the original test footage that started it all.

Observe, and read the caption:

View this post on Instagram
Investigation heading into year 5. Or as I call it, ‘Phase 5.’ The point is, I love conspiracy-yarn. #LeakAversary
A post shared by Ryan Reynolds (@vancityreynolds) on Jul 28, 2019 at 9:26am PDT


It's a given Disney will reboot The X-Men -- especially after Dark Phoenix tanked --but execs at Fox, Disney and Marvel have said they're all about more R-rated Deadpool movies with Reynolds. This also makes sense given an R-rated Black Widow movie is being made as I write this.

What happens next remains to be seen. In the meantime, check out the footage that started it all.