Small Town Monsters is becoming the go-to place for documentaries on all things paranormal. They've tackled The Flatwoods Monster, the Boggy Creek legend, and countless other stories of alleged monster sightings across North America.

I first discovered their films with The Mothman of Point Pleasant. I was researching the topic after reading John Keel's book The Mothman Prophecies, and was hooked on director Seth Breedlove's matter-of-fact presentation of what's known, and not known, about the phenomenon.

Breedlove and company are back with a new documentary that's raising funds through a Kickstarter campaign. A "spiritual sequel" to Mothman of Point Pleasant, Terror in the Skies further explores the Mothman and Thunderbird phenomenon in the American Midwest.

Small Town Monsters has released a trailer for the project, and we've got it for you here:

If you're a fan of the paranormal, these docs are for you. Hell, if you just like folklore, urban legends, and other such creepiness, I encourage you to watch Small Town Monsters other films, and check this one out when it hits. 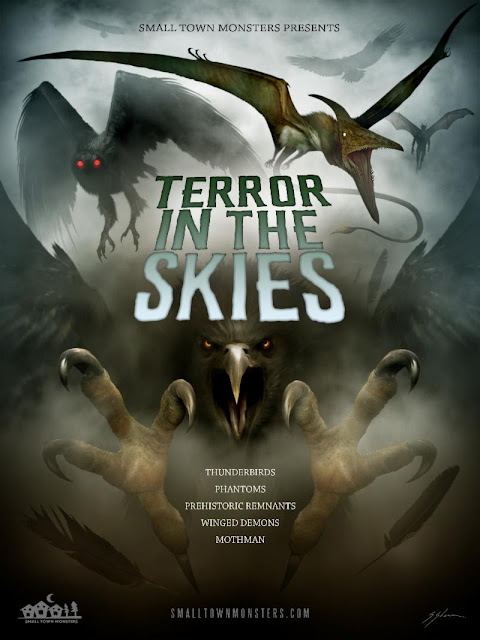