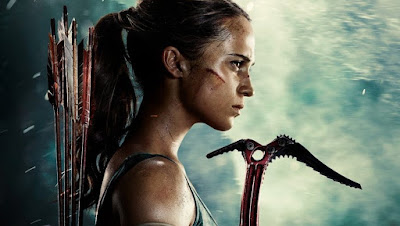 Given the juggle that is family, a full-time job and this site, neither Shawn nor I get to see every movie we want to in theatres. While unfortunate, it also means we have the joy of catching up with these flicks when they hit the home market.

I got to do just that this Canada Day weekend, taking in not only the new Tomb Raider, but the much acclaimed A Quiet Place. How do these flicks rate on the Basement scale? Stick with me! 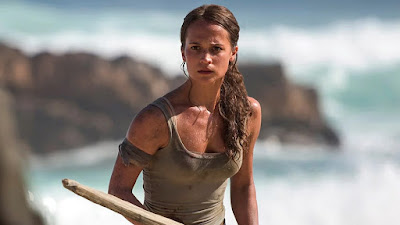 Tomb Raider (2018): I royally disliked the Angelina Jolie films from the early 2000s, nor was I a real fan of the video games, so I could have cared less about a reboot. But I was pleasantly surprised to find this version, directed by Cold Prey's Roar Uthaug, is pretty aiiiight. It's a grounded and gritty adventure film that's short on spectacle, but has a very convincing Lara Croft in Alicia Vikander, who worked her ass off for the part, and owns it. Yes, the robots and monsters are gone, but I was OK with that. This isn't a film I will see again, and it underperformed enough that I doubt we'll see a sequel, but it's an OK Friday night. A Bad in my book 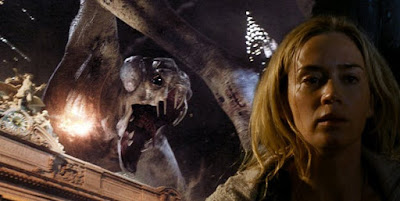 A Quiet Place: this is one of the few mainstream horror hits that wowed audiences and critics alike that deserves the praise. I was totally engrossed in this almost silent movie, which relies on brilliant acting and sound to convey its story and thrills. You bet there are monster here, and they deliver the goods when they show up in an intense final 45 minutes that had me on the edge of my seat. A Quiet Place is well written and directed, and expertly acted by Emily Blunt, John Krasinski (who also directs) and a bunch of very talented children. This is an intense, scary film that packs an emotional punch as well. A Good!