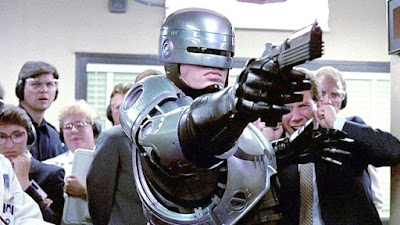 And we're not talking a sequel to the 2014 remake either. Nope! Neill Blomkamp will direct a sequel to the 1987 Paul Verhoeven classic that starred Peter Weller and coined the phrase "I'd buy that for a dollar."

Sweetening the deal: the script for RoboCop Returns is by Michael Miner and Edward Neumeier, who penned the original film, with a polish by Justin Rhodes, who scripted the upcoming Terminator.

Personally, I think this is great news. RoboCop is a fantastic film that never really realized it's franchise potential. It didn't deserve a watered down remake either. Blomkamp, who's District 9 is arguably inspired by Verhoeven's work, is the perfect fit for this project.

He was, of course, attached to direct a new Alien film with Sigourney Weaver and Michael Biehn, but Ridley Scott's asstacular Alien: Covenant killed that off. Bastard.

No word yet on when this new RoboCop hits theatres. All I can say is Peter Weller better be back too! If so, this could be cinematic perfection.