More Sinners and Saints on the way 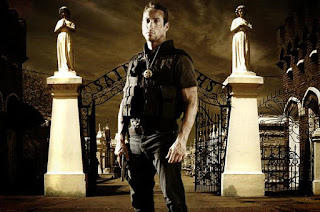 Back in 2012 we reviewed William Kaufman's brilliant old-school action flick Sinners and Saints, starring all-around cool dude Johnny Strong. At the time, we demanded a franchise, and it looks like that is about to happen.

Kaufman emailed us back in February (long story, don't want to talk about it) saying he was headed to Bulgaria for Sinners and Saints 2: Vengeance, and asked us to join in promoting the venture. Well, Shawn and I are all about being better late than never, so here we go:

After the retaliatory murder of his partner, NOPD detective Sean Riley (Strong) must return to his roots as a Special Forces operator when he storms the violent streets of Moscow to seek bloody retribution.

Scott Adkins and Anya Morozov join the cast, which also sees Nick Grillo return as Strong's partner. As long as Kaufman and company keep their chops firmly rooted in the 80s action genre that inspired the original, Shawn and I will be happy.

Cameras roll on Sinners and Saints: Vengeance this fall. Check out the official poster below. 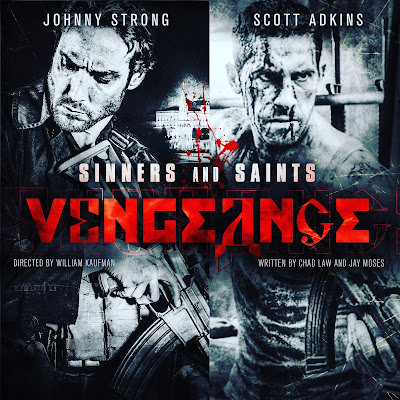