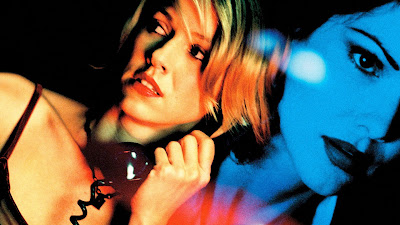 Sometimes we come across a movie we felt something the first time we watch, but on second viewing a few years later, we find that our opinion changes.  Movies we didn't like sometimes get a second chance to impress us.

Often, they don't... but sometimes, they do.

When I first watched David Lynch's "Mulholland Drive", it was in the theater with Jay.  I thought it was great.

The story was phenomenal.  It had twists and turns, quirky characters, intense drama.  There was great acting, camera work, music.

In short, it was what we had come to expect from a David Lynch project- a masterpiece of storytelling.

Then they opened that damn fucking McGuffin- the box.  The mother fucking box.

That spawned the moment that anger at what had happened would linger with me for 16 years.

David Lynch "Dallased" me- and I was pissed.  Another moviegoer stood up at the end and asked people to e-mail him when they figured out what the movie was about.

The movie was a fucking dream.  Like the entire ninth season of the classic TV show, "Dallas" after Bobby Ewing had been killed off, and brought back for Season Ten.

It was a cheat.  It was lazy.  It was insulting.

One of my High School English Teachers even used "Dallasing" as an example of a bad writing.

But- every movie deserves a second chance, right?

I still really liked the bulk of the movie... right up until that moment.  The moment that they opened the box, and the fever dream rolled onto the final reveal, I could feel the same anger, frustration, and disappointed I felt the first time.

I have no choice, but to consign "Mulholland Drive" to "The Ugly".