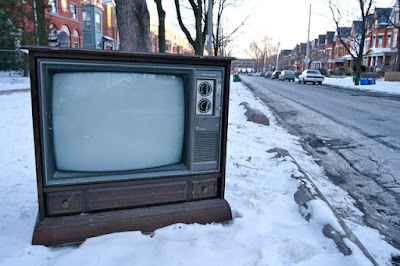 Which brings me to this list.  These are the top five Canadian Television shows I think deserve a reboot or a movie!

1.  "Seeing Things" (1981- 1987).  After an accident, reporter Louis Ciccone starts to have visions of recent murders.  Using these murders, Louis begins to investigate them.  I loved this show as a teenager, and would love to both a reboot of it AND a proper feature length film... as long as they're Canadian in nature.

2.  "The Beachcombers" (1972 - 1990).  This series is considered to be one of the BEST Canadian shows in Canadian broadcast history- especially in the Province of British Columbia.  It followed the pretty "normal" lives of the residents of Gibsons.  The series had humour, drama, action, and adventure.  Another series I'd love to see a reboot and movie for.

3. "The Hilarious House of Frankenstein" (1971).  A "young adult" show starring Count Frankenstein as he attempts to bring Brucie J Monster back to life.  I think this would be a fun show to revive and update for modern audiences.  I mean, heck- Vincent Price was willing to do the 400 short sketch intros for a total of $13,000.00!

4.  "King of Kensington" (1975 - 1980).  Another "normal" Canadian life type show that became a bit of a Canadian icon when it comes to TV shows back then.  Larry King is the owner of a convenience store in the multicultural area of Toronto's Kensington Market, and provides gentle political satire on the times.  Definitely deserves a reboot in my opinion.

5.  "Lexx".  A Canadian/German/UK Sci-Fi series in which a misfit crew struggle to survive during the Human vs Insect War... all while the foretold "Destroyer" is aboard their ship.  This show could wildly swing between comedy and action like you wouldn't believe.  It was hilarious, fascinating- and oddly sexy for a Canadian show.  I would be interesting to see what a rebooted series and a movie would be like.

Honourable Mentions:
"The Littlest Hobo", "The Friendly Giant", and "Hinterland Who's Who".