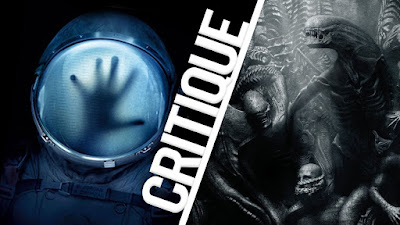 There were two big alien-themed releases this year. One was the latest chapter in a much-revered franchise, the other a start-studded, science-based work of original sci-fi.

On this episode, Jason, Shawn, Amy and special guest Nathan Bosa tackle Life and Alien: Covenant, and determine which is best.

Who is Nathan Bosa? He's frequent collaborator Anthony Michael Bosa's bigger brother, and a long-time Alien fan. So he and Jason, who also loves the Alien franchise, have a lot invested in this conversation!

So in one corner we've got the Ryan Reynolds, Jake Gyllenhaal, Rebecca Ferguson flick Life. In the other, we've got the Alien prequel and Prometheus sequel Alien: Covenant. Which flick wins The Basement Crew's approval? Stick with us!

You can hear this discussion right now, by pushing play on the player below.