Wonder Woman and the Superhero Movie 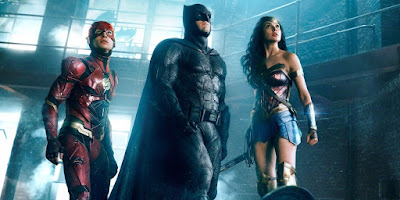 Another summer where franchise fatigue has set in, and sequels that would have, at one time, been guaranteed hits, underperform. Yet the superhero movie continues to reign supreme.

Spider-Man: Homecoming has earned $176 million in eight days. Guardians of the Galaxy Vol. 2 $386 million to date, and Wonder Woman $375 million and climbing.

Ahhh, Wonder Woman. The movie that has, for many, saved the DC Extended Movie Universe. And given us a damn fine Wonder Woman in the form of Gal Gadot, and we mean that both in performance and appearance.

Jason and Shawn have seen and enjoyed Wonder Woman, but they have different thoughts on it. And those thoughts -- which are sober -- relate to the Basement Boys' opinions on comic-book heroes both in print, and film.

So buckle up, True Believer, as Jason and Shawn take you deep down the nerd black hole; one filled with the four-coloured world that is the comic-book hero, be they DC Comics or Marvel. And you can hear it by pushing play below.