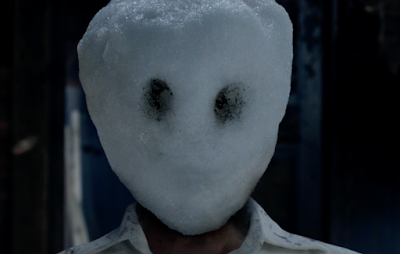 When I think of snowmen, I don't typically think of scary. Even attempts to create evil killer snowmen movies (I'm talking about YOU, Jack Frost) have generated more chuckles than chills.

Then along comes this trailer for The Snowman, a new serial killer flick starring Michael Fassbender, and the whole killer snowman genre comes alive.

Before I go any further, let me point out that A) The Snowman ISN'T about a snowman coming to life and killing people and B) no snowmen appear to have been harmed during the making of this picture.

Instead, Fassbender stars as an elite crime squad detective who fears a serial killer may be active while investigating a woman's disappearance. Things go Se7en style creepy from there. But don't take my word for it, check out the trailer now.

Fassbender, who is always reliable, is joined by Rebecca Ferguson and J.K. Simmons. Tomas Alfredson, who directed Let the Right One In, is at the helm. The flick is based on a novel of the same name, which is part of a Norwegian crime series . . . of novels.

I think this looks great. The visual are appropriately moody and the winter landscape makes everything look ominous. I will definitely be checking this one out when it hits Oct. 20.