Having My Say: The Doctor Who Hullabaloo 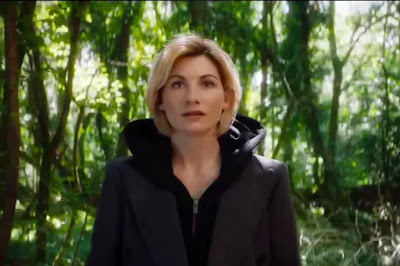 He's gonna be a woman now.

I'm gonna be honest.  I don't see the problem.  I see the arguments against Doctor Who being a woman, but they sound rather flat and face palm worthy.

"It'll be one less role model for boys!"

"It's political correctness gone too far!"

Shut the fuck up.

It's been established that The Doctor can regenerate as any race (human or alien) or gender he bloody well wanted.  Because of this, it's entirely possible and logical that eventually The Doctor WOULD regenerate in a female form.

So much for "Exhibit A".

Who says that women CAN'T be a role model for boys?  My Mom, my Aunt, female Teachers, fellow soldiers that happened to be female ALL had a positive affect on my Life- and were role models that helped me become a better person.  I had BOTH male and female role models.  It's not something that limited by gender.

"Exhibit B" dealt with.

If BBC had made this decision because of a legal case against them (aka- they did it as a settlement, or to prevent a complaint), then yeah, I'd consider it as being a political correct move.  Unfortunately, for "Exhibit C" is the fact that fans (male and female) have been asking- nay, DEMANDING a female Doctor since at least 2008.  They are finally acting on a fan movement, and putting the franchise in a position to do what Sci-Fi is great at: commenting on current social trends and issues.

This is an exciting moment in the franchise.  With this move, they can explore the current issue of identity (racial/gender/social/personal).  They can explore the issues faced by trans and gender fluid individuals as well as those facing male and female.  How would a female Doctor deal with the consequences of a previous male Doctor's actions coming back to haunt them?

Sci-Fi is about exploring Society and Humanity in all its forms and possibilities.  By limiting The Doctor to being one gender, you limit the franchise's ability to bring viewers solid, relevant and exciting stories.

I completely approve of BBC bringing the world a female Doctor.  And that's all I have to say about that.