Altar and the return of Matt Sconce 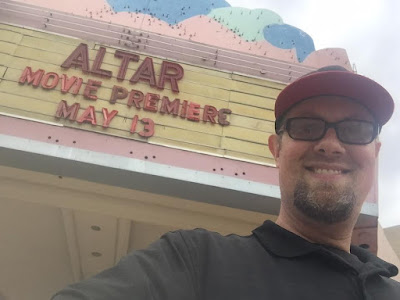 Jason and Shawn are back in The Basement, and they've brought one of their favourite interviewees with them -- writer/director Matt Sconce!

Matt appeared on the show a year and a half ago and talked his then recently completed feature Altar. Now the horror flick has hit screens, and Jason and Shawn have seen it.

In a rare move, the Basement Boys invite Matt to sit in on the show while they review the found-footage movie. Bold, given Altar might not be Jason and Shawn's cup of tea. Feelings could be hurt, and fists of fury could fly.

Matt, like Jason and Shawn, is a martial artist, so this could get interesting.

What do Jason and Shawn think of Altar, and how does Matt react to those thoughts? Stick with us!