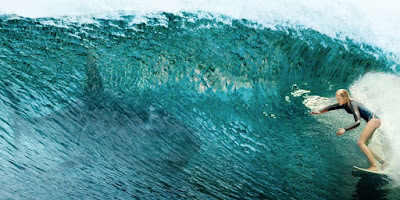 This isn't going to be another rant against the Hollywood studio system. Shawn and I did enough of that during our six seasons on the air. But, as a box-office watcher, I've noticed something has gone wrong this summer. Although I'm sure studio suites are paying attention, I thought I'd go ahead and state the obvious.

Summer is when the studios release their blockbusters and potential sleepers in hope of earning some serious dough. Traditionally these flicks do bring in beaucoup bank.

While this summer has had its share of successes, flicks -- big, expensive flicks -- aren't making the kind of green they should, especially if these movies hope to turn a profit. And many of these underperforming beasts are part of long-running franchises and were expected to be a slam dunk.

Take Star Trek Beyond. Sure, it's made $132 million thus far. But it cost $185 million to make and will likely not reach that amount during it's domestic run. No sweat, you say. Movies like this tend to make their money back in worldwide grosses. Yes, but Trek has only earned about $70 million overseas and isn't exactly lighting it up. Given marketing and distribution costs, this is a movie that needs to earn about three quarters of a billion dollars to see a profit. This isn't going to happen.

The list of disappoints continues with Jason Bourne, The Conjuring 2, Ice Age: Collision Course, Ghostbusters, and -- from earlier this year -- Kung Fu Panda 3 and Batman V. Superman: Dawn of Justice. Yes, a movie that earned more than $320 million in North America is considered a disappointment in this day and age. Why? Because it cost so damn much to make.

Give the negative buzz, I expect Suicide Squad to join the ranks of these disappointments when the final box-office tally is done.

Yes, these flicks are all franchises, reboots, or movies the studio hoped would launch a new tentpole series. And they all cost a boat load of money.

Now for the good news. Animated movies were huge, but they appeal to families and kids are out of school. Do the math. Captain America: Civil War was a massive hit, but Marvel has spent years carefully plotting out its licence to print money, made some really good movies, and has been rewarded accordingly.

If there's a lesson to be learned from the summer of 2016, it's the tried and true isn't working anymore. The time has come for Hollywood to make smarter, and more fiscally responsible decisions, when making movies.