Top Five: Books That SHOULD be Made as Movies! 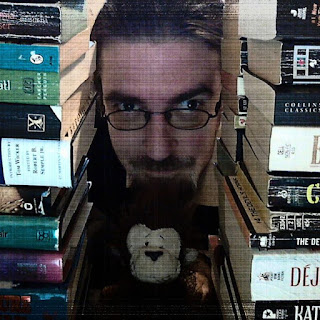 Then there were movies.

Then there were movies based on books.

I think I'm safe in saying that at some point, each of us have been reading a good book, and thought, "This would be sooooooooooo cool as a movie!  Why hasn't Hollywood seen the potential for milking this book's popularity for all it's worth?!?"

With that in mind, here is my Top Five list of books that I feel would be great in movie form:

1.  "The Cove" by Catherine Coulter: A woman on the run from the police seeks anonymity in The Cove- a small town famous for it's ice cream.  Soon however, the FBI are on her trail- as is the man hunting her.  What secret is she hiding, and how will it shake the small community of senior citizens?

2. "The House of the Scorpion" by Nancy Farmer:  Matteo Alacran wasn't like other boys.  He was a clone.  Of the richest, most ruthless Opium lord ever- El Patron.  If Matteo is to escape being merely a vessel for El Patron's continued existance, he'll need to rely on some unexpected friends and his own wits.

3.  "Hunting Eichmann" by Neal Bascomb: As World War II was ending, many of the Nazis responsible for thousands of Jewish deaths fled Europe- taking new names and creating new lives.  Adolf Eichmann was one of them.  It's up to the new formed Mossad to find him... and bring him to justice.

4.  "Jonathan Strange & Mr. Norrell" by Susanna Clarke: During the Napoleonic era, two magicians team up to help England fight the French ruler.  Their friendship soon turns to a rivalry, that eventually entangles them closer than any friendship as the ancient Raven King slowly awakens...

5.  "Mary Queen of Scotland and the Isles" by Margaret George.  Mary Stuart was born and raised to be a Queen.  But to do so, she would need to navigate the treacherous terrain of Scottish Religion and Politics, the desires of her French relatives, the fears of England, and her own happiness.  This is her story.