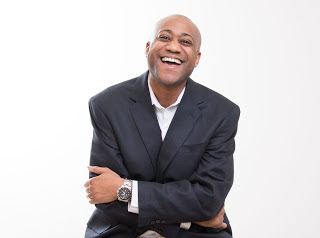 We've written about actor Taylor Negron's final film, Alienated, before. The flick just wrapped up a limited theatrical run and is now available for viewing on VOD via Gravitas Ventures.

The Basement recently sat down with Alienated producer, Princeton Holt, to talk about the movie, which tells the story of a married couple on the verge of an alien abduction, and his other projects.

We’re all looking forward to Alienated. How did you get involved in this? On it from the ground-up?


Thanks very much! You don’t have to look forward to it anymore, because its available NOW pretty much everywhere on VOD! It started from the beginning for me. I pitched the story to Brian, who wrote it and directed it.
We’ve heard it’s not so much a science-fiction movie as it is a drama. Was it a hard one to pitch investors, being that it doesn’t fit exactly into a box?
We invested in it ourselves, so there was no outside interference. Its more about the characters, and Brian pushed the possible alien abduction to the background. He basically switched around the format that every other Hollywood sci fi uses. It pissed off some Hollywood trade publications but we don’t care because this movie was only built for certain kinds of people.
Who was responsible for the casting? Is that something that fell to you?
Brian and I both were involved in the casting. We took a list of our favourite actors and Brian thought that George Katt, Jen Burry, and Taylor Negron were perfect.
What were you looking for in the leads?
I think Brian was looking for range and actors with experience in theatre, since we only had 6 days to shoot the film.
And how did Taylor Negron come to you?
We met at a friend’s birthday party but it never occurred to us to work together until a few project discussions down the line. We sent him the script, he read it, and then he agreed to do it because he identified with it on a personal level.
You’ve produced many, many movies  --- have you a favorite among them?
Alienated. By far.
What else have you got coming up this year?
We have a few surprises already in the works, but until then we are enjoying our theatrical run in select cities. Thanks to our great partners David Vaughn and Jenny Menzel, LA’s theatrical run starts on April 16th, and we are opening in Aberdeen, South Dakota on May 1st. The film is available now on Cable On Demand and VOD on iTunes, Amazon, Google Play, Playstation, Xbox, and Vudu!