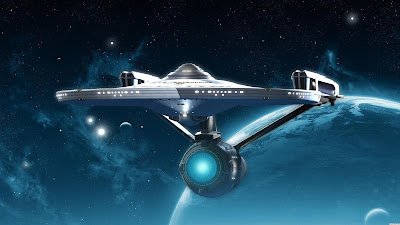 As in a teaser poster. Sorry Trekkies, the series doesn't debut until 2017. So all CBS has unleashed is a very simple teaser poster, but one that certainly says this will be a Star Trek TV series, and the first on network television since the original series back in . . . well, before I even came along.

But enough about me, here's the teaser poster: 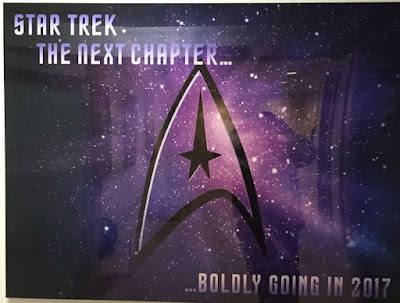 Alex Kurtzman and Bryan Fuller executive produce the series. Kurtzman co-wrote the JJ Abrams feature film reboot and Fuller recently brought Hannibal to NBC. If that has fan boys worried, then take solace in the fact Nicholas Meyer, who directed two of the best Trek movies -- The Wrath of Khan and The Undiscovered Country -- is also involved.

No word yet on what this Trek is about, other than it doesn't tie into the new feature films at all. The show premieres on CBS in January 2017 before moving to CBS All Access, the network's answer to Netflix.