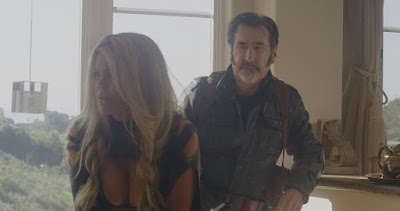 It's Tracey Birdsall news week here in The Basement, and strictly by coincide I assure you!

But her next sci-fi movie, Rogue Warrior: Robot Fighter, has just wrapped cinematography and the Neil Johnson directed flick gained a pretty big star for its final days of filming -- William Kircher.

Kircher, to Middle Earth fans, was Bifur the Dwarf in Peter Jackson's The Hobbit films. He joins future Basement guest Tracey Birdsall in Rogue Warrior as Dr. Johnson, and voices The Scourge throughout the movie.

I don't know who Dr. Johnson is, or The Scourge for that matter, but I'm up for any movie called Rogue Warrior: Robot Fighter. Add a beauty like Tracey, and I'm completely on board.

Rogue Warrior is just one of the topics we'll be chatting Tracey up about on our next episode. Fans will hear it on 92.5 FM CFBX Kamloops March 31.