Suzanne Cappelletti versus Doctor Who: Dark Journey Episodes 1 and 2 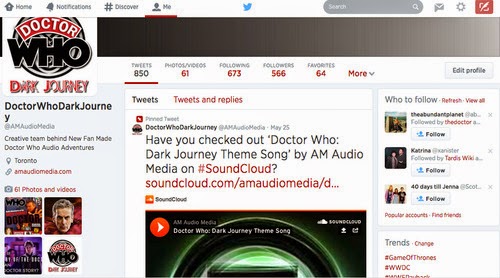 I started off listening to this at work and humorously realized how high the volume was on my phone with the opening scream. Needless the say everyone's head in my cubicle area popped up like meerkats and asked what I was watching. They were surprised when I said a radio play.

I like the merging of these two characters, Sherlock Holmes and Doctor Who. They compliment each other well. I'm actually a little surprised that no one thought of this before. I was sucked into the story from the very beginning, possessed dogs and horses, Jack the Ripper what more could you want!

Waiting impatiently for the next episodes. So well done, a lot of fun and I really can't say enough about the voice actors.