Production on Fast and Furious 7 halted 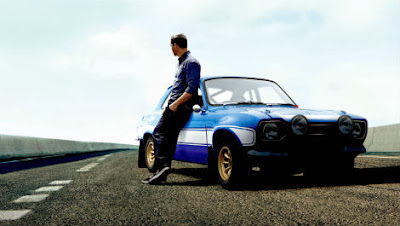 Given the tragic death of Paul Walker, Universal Pictures has shut down production on Fast and Furious 7 indefinitely.

Which isn't to say the film won't happen, but studio bigwigs need to figure out what to do next without one of the franchise's biggest stars. And, as a Universal press release stated earlier today, now is not the time to think business:

“Right now, all of us at Universal are dedicated to providing support to Paul’s immediate family and our extended Fast & Furious family of cast, crew and filmmakers. At this time we feel it is our responsibility to shut down production on Fast & Furious 7 for a period of time so we can assess all options available to move forward with the franchise. We are committed to keeping Fast & Furious fans informed, and we will provide further information to them when we have it. Until then, we know they join us in mourning the passing of our dear friend Paul Walker.”

I can only hope they don't do something stupid like kill off Walker's character. That just seems . . . cold. Cold and wrong. Hopefully director James Wan, producer Neil Moritz and screenwriter Chris Morgan come up with a respectful solution. Maybe they should just scrap the partially completed flick and start over.

Right now, though, let's give Walker's family and friends time to grieve. From everything I've read and heard these last few days, he was good guy with a big heart. Respect.