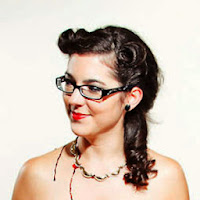 Horror. Hotties. All month long. That's the promise Jason and Shawn made, and they shall fulfill it during the next two episodes of Film Reviews from the Basement.

First up is an exclusive interview with award-winning filmmaker Jenna Payne, who is building to an indie-film coup with a line of projects as diverse as they are familiar. How diverse yet familiar? Two words: zompire vixens.

Shawn sat down with Jenna for about 15 minutes to discuss her budding career and what it takes to make it in Hollywood. The end result is a fun and candid interview no Basement fan wants to miss.

How do these films stack up? Stick with us and tune into the next podcast when it hits in the a.m.!

Now for a look at our feature presentations: