Jason and Shawn's Top 5 movies to watch on Halloween

October 31, 2013
Shawn: As the Halloween season approaches...starting about mid September for me...haha...I go through an INSANE amount of horror movies. But there are five that are a "must view" for the season. They aren't necessarily a "Top 5" ...but MUST SEE 5: 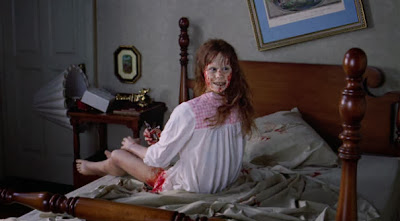 (5) I always start with Ghostbusters. A couple of weeks away from Halloween. Just the opening bit is enough to evoke the spirit of Halloween. It is iconic, recognizable and fun. It is also, a "light" start to the season. Who am I kidding, I start in August...haha.

(4) Just because of a tradition I started with one of my boys, Arachnophobia is another light beginning to the festive season of doom, death and scares...haha.

(3) Children of the Corn. What is there to say about this? To me, it is to Halloween as the Rudolf claymation animation is to Christmas! No Joke!

(2) Diving into the nitty gritty of it, The Shining always makes an appearance. Even if I don't watch the whole thing....It is still quite 'festive'. "All work and no play..."

(1) The final "MUST SEE" for me is always going to be The Exorcist. The 1973 version. Hardcore. This says Halloween to me, like Santa says Christmas. Period.

Jason: Shawn's come up with a pretty bad ass list and he, like I, enjoys getting into the Halloween spirit early. But, in an ideal world, once the boy is in bed and I'm allowed to indulge in some Daddy Pops, a horror movie marathon on All Hallow's Eve is the only way to cap off my favourite holiday. What to watch? Check it: 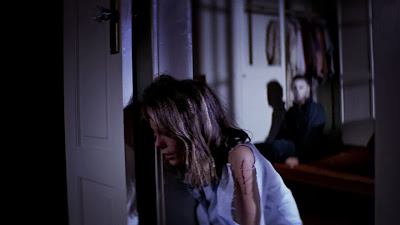 (5) I like to kick things off with the original Halloween II because, if I put it on at the end of the night, I tend to fall asleep or black out before its over. It's an OK watch but, of the 10 or so times I've watched it, I've only seen the ending twice.

(4) The Evil Dead. Not the remake, but the tried and true original. Something about being in the forest, attacked by evil spirits, feels like Halloween to me. And it's unsettling as only a low budget horror flick can be.

(3)  Wes Craven's A Nightmare on Elm Street isn't my favourite horror movie, but it's a genre classic that turned the slasher movie on its ear. And Freddy Krueger is an icon as only Robert Englund can play him. A must watch.

(2) Trick 'r Treat is the newest flick to appear on this list, but it's already a classic. Nothing, save for my No. 1 entry, says Halloween to me like this anthology set on the dark holiday. It's funny, spooky, and gave birth to Sam, a character that deserves his own franchise. Surprise! A sequel has bee greenlit!

(1) The one, the only, the original . . . Halloween. John Carpenter's iconic flick is the first movie that really terrified me, and is required viewing on Halloween night. Better people then I have dissected this flick, so all I will say is this gets guaranteed play on Oct. 31.

Happy Halloween from The Basement!