September 26, 2013
I know us Basement Dwellers are often behind the times when it comes to sharing thoughts on the Hollywood blockbusters. We do the best we can, but we're also B-movie focused, so sue us! That said, here's a few words on two of 2013's biggest movies. 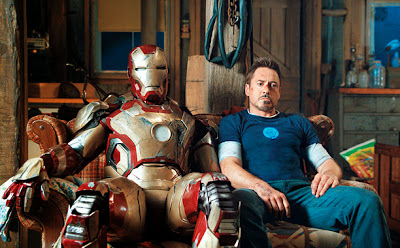 Iron Man 3 is way better than Iron Man 2, but not on par with the first. It is, however, a nice follow up to events in The Avengers and once again features a solid turn from Robert Downey Jr. as Tony Stark. But the real star is co-writer/director Shane Black. That's right, the same Shane Black who wrote the action classics Lethal Weapon, The Last Boy Scout and The Long Kiss Goodnight and directed Downey Jr. in the brilliant Kiss Kiss, Bang Bang. He breathes some real life, and humour, into what I hope will be the last of the Iron Man films. I think Stark and Downey Jr. will be better served in The Avengers movies to come than more solo outings. This is a nice, and entertaining, way to wrap the series up. A Good. 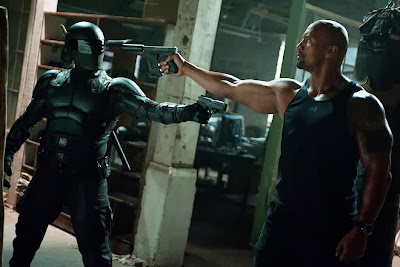 G.I. Joe: Retaliation redefines the phrase good, dumb fun. It's a big, noisy follow up to the Joe's first outing under director Stephen Sommers. This flick is a bit grittier, a titch more grown up, but still has everything fans want from a G.I. Joe movie. And there's a great ninja battle across mountainous terrain that must be seen to be believed. The cast, as a whole, is better this time around with Dwayne Johnson and Bruce Willis bringing star power and Adrianne Palicki providing the hotness. Some might enjoy the cheesy grandness of the first flick more, but my money is on Retaliation. Another Good.