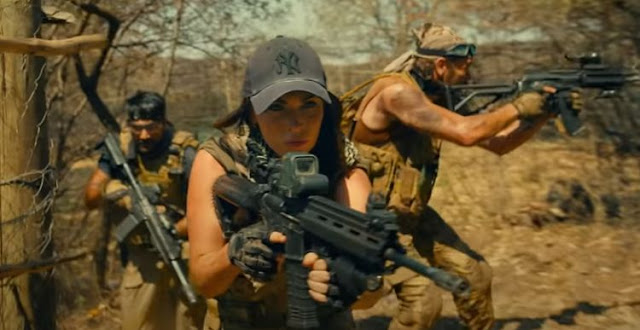 Naturally, the farm wasn't so much abandoned as one of the cats got out and ate everyone. And now it wants to eat the mercenaries.

Rogue surprised me on a number of levels. For one, Fox is far better than I thought she'd be. I actually think she pulled off the mercenary part. I know, I know. Secondly, this is as much an action picture as it is a horror movie. So we got lots of gunfights and stuff blowing up AND there's a man-eating lion. It's essentially a perfect B-movie that way.

So hot chick, killer lion, shooting, and stuff blowing up. If you've been paying attention to our show the last decade, you know this is our thing. Which is why I'm giving it a Good. Rogue isn't a classic, but it's perfect mind-numbing entertainment on a Friday night, and that's all I ask of any movie.