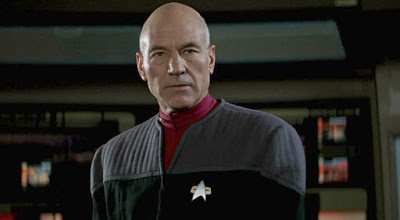 That's right, word dropped just an hour ago from Patrick Stewart himself that he will return to the franchise that made him a superstar in a new Star Trek series for CBS All Access.

There are few details at this point, other that the series will explore Picard's life post Star Trek: The Next Generation, so this isn't a reboot, but a continuation of the series that ran for seven seasons and four feature films.

Alex Kurtzman, Akiva Goldsman, James Duff and Michael Chabon are among the creative forces behind the new Trek.

What say you, Basement Dwellers? You excited for more Picard and Star Trek? I wonder what Shawn and Mike S, our resident Trekkies think?