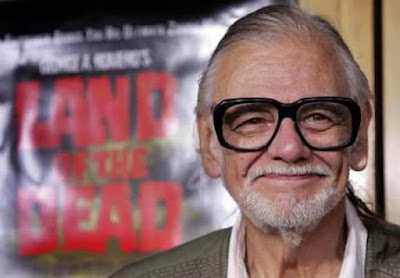 He changed horror forever when he made the classic Night of the Living Dead back in 1968, and now the world has lost one of grandfathers of modern genre cinema. That's right, George A. Romero has died.

Word dropped earlier today that Romero, 77, passed away after a brief battle with lung cancer.

Although best know for his contributions to the zombie film, Romero didn't just stick to his Dead flicks, which include Dawn of the Dead, Day of the Dead, Land of the Dead and Survival of the Dead. He also directed The Crazies, The Dark Half, Monkey Shines and Creepshow.

Romero is survived by his wife and three children. This is sad news indeed, and our thoughts go out to his family at this time.