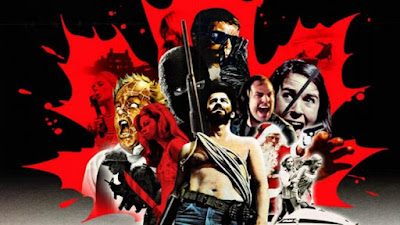 Believe it or not, Basementites, us igloo-dwelling, syrup-sucking iceholes have a long and proud history of making horror films. Really good horror films. Horror films like Black Christmas, Scanners, My Bloody Valentine and The Changeling.

My buddy and Billy Trigger co-star Deke Richards co-directed a nifty sounding documentary called Tax Shelter Terrors, which explores how Canada's tax-shelter system gave birth to a whole genre-film industry here in the True North Strong and Free between 1974 and 1982.

Sound interesting? I'm sure it is. But I wouldn't know, as Deke hasn't let me watch Tax Shelter Terrors yet. Hint hint, Deke.

Tax Shelter Terrors has been making the festival rounds, and is about to make its European debut at the esteemed Sitges Film Festival -- the world's best genre film fest -- which celebrates its 50th anniversary this year.

The festival takes place Oct. 5 to 15 in Spain. You can check out the program schedule right here. And if you want to learn more about Tax Shelter Terror, click right here!

Big congrats to Deke and co-directors Francesco Giannini and Xavier Mendik on this achievement. Glad to see Canada's genre contribution get its due.