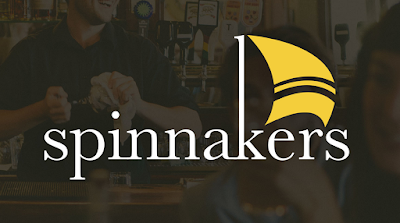 It's a lazy Friday- the sort where you pop on some Irish music, do a bit of dusting and laundry, all while enjoying a tip and sip...

I was in the mood for a smooth stout today, so when I was the liquor store, this label caught my eye.  I wasn't exactly sure what a milk stout would taste like- but I did know that I liked the label.  The label is a simple, but pleasing combination of brown, gold, and white.  I found it all beautifully balanced on a simple background of cocoa leaves and beans.  The slightly "sketched" edges of the gold strips at the top of bottom were a nice touch as well. 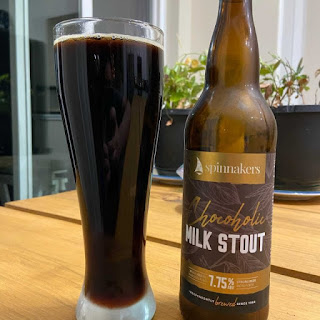 When poured, this chocolate milk stout, lived up to it's description.  It was a gorgeous chocolate brown, topped with a nice, milky head of foam.  I found it quite appetizing and appealing- making me all the more intrigued by how it would taste.

I'm not sure what I was expecting with the first sip, but it wasn't the smooth, taste I got.  I was surprised by how balanced the first sip was in regards to the chocolate, milk, and beer elements.  The second and third sips only served to confirm that this was a well balanced brew.  You could taste all three elements, without on overpowering the others.  The whole bottle was consistent in it's flavour.  I enjoy chocolate stouts, and was both impressed, and pleased with how well this particular brew accomplished such a pleasing and relaxing beer.

Despite being a 7.75% beer, it didn't feel heavy or overly thick.  The strength was subtly toned down by the overall flavour and smoothness of the beer itself.  It was both filling, and satisfying from the first sip to the last.

As a fan of stouts in general, I would have to say that Spinnakers Chocoholic Milk Stout is one of the best ones I've ever had the pleasure of trying.  Everything about it has earned it a firm spot in "The Good".