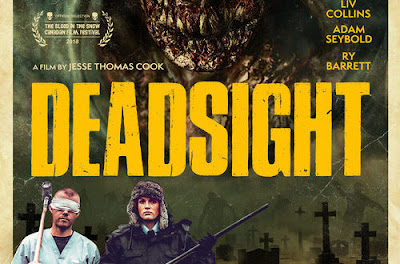 Heading into the big holiday weekend here in Canada, and we've got a treat for Basement Dwellers everywhere!

This 20-minute conversation talks about what Jesse and his wife, Liv Collins, did to breathe new life into the zombie genre, what it takes to make it as an independent filmmaker in Canada, and Canada's place in the horror community. It's a fun chat for movie and horror fans, whether you're Canadian or not, eh.

Jason and Shawn also talk movies -- a whole boat load of movies -- from older genre offerings like Rogue, They and Splinter, to more recent flicks such as Pet Sematary, The Man Who Killed Hitler and Then the Bigfoot, and Shazam!

But that's not all! The Basement Boys go gaga over Brightburn, talk at length about its awesomeness, and why it should have been a big, big hit. Like Avengers: Endgame big.

Plus there's this morning's segment from the mighty Radio NL 610 AM Morning Show. Jason and Howie talk their Top 5 favourite Canadian genre films, and run down what to watch on the big and small screen.

All this is yours for the low cost of FREE! So push play on the player below and enjoy!