Star Wars returns to cinemas in 2022 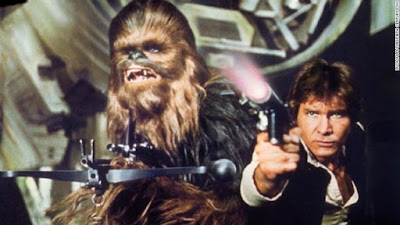 Don't worry, Star Wars nerds (which I am one of), The Rise of Skywalker still comes out this December. But Disney has unveiled a full slate of films through Christmas of 2022, and the next round of flicks from that galaxy far, far away are gonna be a few years out.

According to the fine folks at io9, the next Star Wars film after Episode IX won't appear until the weekend before Christmas, 2022. Then we'll get three new Star Wars films every second Christmas after that.

I'm guessing these will be Rian Johnson's non-Skywalker based Star Wars films, but that's just me making an ass of you and numption.

This is a wise move, as audience clearly felt bogged down by Star Wars in recent years, if the disappointing grosses for Solo are any indication. I could watch Star Wars films all day long, but maybe that's just my psychosis talking.

Wanna read the full story, and see what else Disney has up its sleeve? Check out the article here.

What say you, Basement Dwellers? You keen for more Star Wars in the near future?